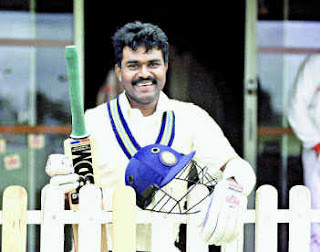 Pravin Amre was a member of the Indian cricket team, which went on its first tour of South Africa, in 1992. A greenhorn taking his initial steps in international sport, he wasn’t given much of a chance by his critics of cutting it at that level. But at Newlands, Durban — on one of the most hostile pitches in the world — with India’s back to the wall, he scored a hundred on Test debut to silence naysayers.

It was a special performance that needs special mention in the context of how India are performing in the ongoing tour of South Africa. Our batsmen are ill equipped to negotiate with pace and have rarely had the stomach for a fight.

Amre was the national junior selection committee chairman till recently and is now coaching Mumbai for the ongoing domestic season. Just before the Mumbai team left to play Bengal in their Ranji Trophy opener at the Eden Gardens, Amre took time out for this interview.

On that tour of South Africa
We didn’t know anything about the conditions in South Africa. It was our first tour to that country and we had no idea how much the ball would bounce there. We only had two practise sessions to adjust ourselves.

What people said about his chances
For me, the Durban Test match was crucial to show that I belonged to international cricket and to prove wrong my critics who were saying I couldn’t handle pace bowlers, that I was good only against spinners.

The moment arrives, as does pain
The first four deliveries, bowled at me by Brett Schultz, all hit me in the ribs. It was painful definitely. But that’s how Test cricket is; it’s also a test of character.

India were in trouble, first at 38-4 and then 146-7, trailing South Africa’s first innings score of 254
Maybe getting a hundred wasn’t a thought that crossed my mind. At 38-4, the situation demanded me to stick around, playing straight, see off their main bowlers and be there till the last wicket.

Out came Kiran More on a mission. He scored 55 from 214 balls
I was fortunate to have a partner like Kiran at the other end. He kept motivating me and we had a tremendous partnership — about a 100 runs — which ultimately saved the match. We played out five hours, because on those wickets, staying on is important.

The one shot in that innings he still remembers vividly
The one stroke that brought me a lot of satisfaction was the cover-drive I played off Alan Donald when I was in my nineties. It felt very good to hit it at that stage in my innings off a top bowler.

Amre scored 103 in all, from 299 balls with 11 fours. The Test, which India could have so easily lost, ended in a draw thanks to his innings. But the current Indian team isn’t showing the same will to survive
This team has the skills; they need to work on their temperament. They need to stay at the wicket longer. The start is crucial because then only you can build a good score. South African conditions aren’t like sub-continental ones where you can cash in on the first 15 overs. It’s the other way around: you have to keep wickets in hand and slog later.

On grounds which could help produce better batsmen
Mohali is a good wicket for its pace and bounce. I have not seen (the D.Y. Patil stadium in Nerul, Navi Mumbai) because it has been under construction but I believe it will be one of the best grounds in India — they have imported their soil and pitch from South Africa.

More about the interviewee
Amre, 38, has long retired from First Class cricket, and his international stint had come to an abrupt end in 1993, when the selectors gave him a raw deal. Maybe it was a tough time to be Amre, with the likes of Sachin Tendulkar, Vinod Kambli and Ajay Jadeja had already established themselves at the top level, and therefore had left no vacancies in the team.