0 comments Posted in Cricket, Videos
Except Maninder's famous dismissal, I had never seen any footage of the Chennai tied Test. But random Youtubing reveals tonnes of delights, especially for cricket fans who would never otherwise be able to see rare videos like these.

Here are a bunch of men — some of the toughest individuals known to cricket — and they talk for this film like excited school boys who know they've done something special.

1) Border's arguments with umpire Dotiwala who threatened to send him off the field, and Border checking with Boon, "Can he do that?" Boon's reaction: "Buggered if I know!"

2) Chetan Sharma and Tim Zoehrer's animated argument. Chetan told him where he will put his bat if Zoehrer didn't stop chirping, and Zoehrer actually bent over. I've never seen anything like this.

3) Dean Jones talking about how the Appollo Hospital staff abandoned a badly injured patient with broken legs to treat his dehydration.

4) Umpire Vikram Raju's explanations for giving Maninder LBW when everybody else saw the inside edge. And the part where Ravi Shastri confronted him.

5) Shastri feeding off the crowd's energy as India got closer to 348. And why he stayed away from Kapil as he walked out to bat. Brilliant.

6) Greg Matthews, who wore two jumpers in the Chennai heat, doing things to get on the crowd's nerve.

0 comments Posted in Internet, ROTFLMBO
If there was a list of seven wonders of the web, I would want this Youtube video on it.

Notice the number of likes and dislikes for the video. 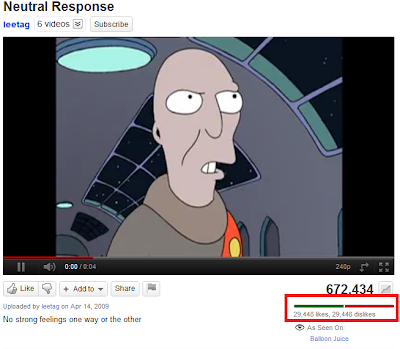 0 comments Posted in On life's futility
So we were at this pseudo-antique shop on Commercial Street, going through grandfather clocks, oil lamps, brass compasses, rotary telephones and suchlike. The shop owner told me they had been manufactured recently but they all looked ancient.

I came across a basket of bronze lamps. When everyone was looking away, I tried to rub one to see what happens.

Clearly, I've seen one fantasy film too many.

1 comments Posted in Nitpicking
Whenever I see someone say something extraordinarily smart on my timeline, I Google the phrase to see where it has been plagiarised from.

0 comments Posted in Music, Random
From Veteran of the Psychic Wars by Blue Oyster Cult: